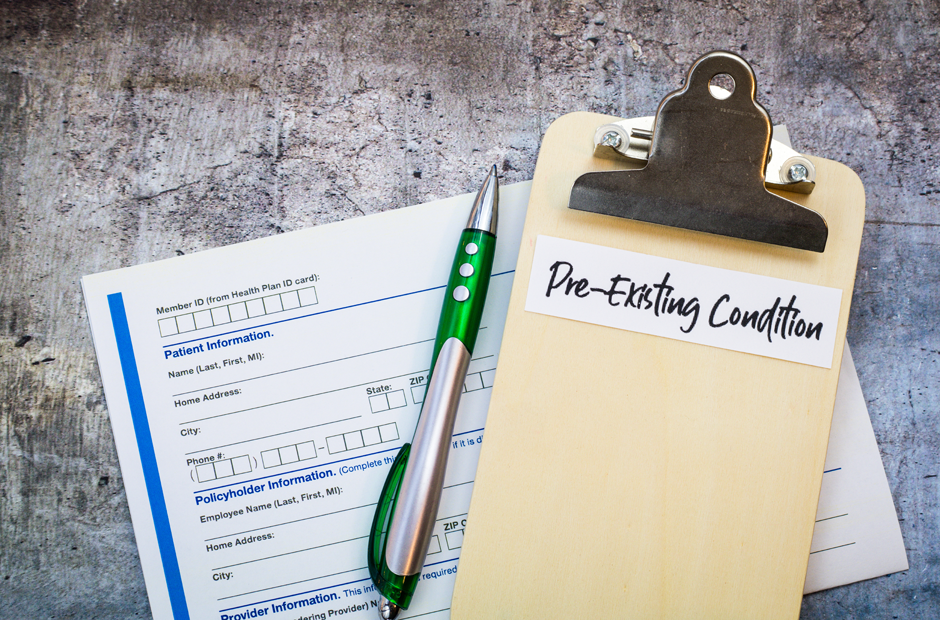 What is a Pre-Existing Condition Exclusion in Disability Insurance?

Typically, the pre-existing exclusion is applicable to any condition for which the insured has undergone testing or treatment or taken medication to treat such condition during the three or six months prior to when they became insured. That time frame is known as the “lookback” period. Treatment or testing which took place prior to the lookback period does not necessarily result in an exclusion unless the treatment or testing remained ongoing. Moreover, for group plans, once the insured has worked for a full year, if the insured did not have to complete an application for coverage that listed their health history, a prior health history is not a basis for excluding coverage.

Just because someone has seen a doctor during the lookback period, though, does not mean they have a pre-existing condition.  For example, in the case of Kaiser v. United of Omaha Life Ins. Co., 2016 WL 379814 (W.D. Wisc. January 29, 2016), an employee who had recently started a new job had seen a doctor with complaints of shoulder pain.  The doctor diagnosed tendinitis which was thought to be the result of shoveling snow; and the doctor prescribed anti-inflammatory medication. Unfortunately, the pain did not improve, and testing performed after the employee had started her new job revealed the presence of a cancerous tumor.  When the employee sought disability benefits, her disability insurance company argued that the visit to the doctor with complaints of shoulder pain constituted a pre-existing condition.  The court disagreed, even though the treating oncologist concurred with the insurance company’s medical director that in retrospect the shoulder pain was likely due to the cancer.

The court was guided by two appellate court rulings that involved breast cancer.  In one of the rulings, an examination that took place immediately prior to the coverage going into effect raised suspicions of breast cancer; and the court agreed that a pre-existing condition exclusion was properly invoked in that instance even though the cancer was not diagnosed until after the coverage began.  In the other case, though, the insured underwent a routine gynecological examination that revealed a lump in her breast, but cancer was not suspected.  There, the court found rejected the insurer’s pre-existing condition assertion.

The court distilled a test from reading those two decisions together.  In order for a pre-existing condition exclusion to apply “there at least must have been some concern or suspicion at that time that the observed symptoms were caused by the particular condition in order for the patient to be considered as being treated or seen for the particular condition.” Another court applied a similar rationale, finding: “it does not make sense to say that [the plaintiff] received treatment ‘for’ leukemia when the actual condition was not suspected.” A leading case on this issue similar ruled:

Thus, even if an individual is later diagnosed with a medical condition that in retrospect turned out to be related to earlier non-specific symptoms, that would not be enough to trigger a pre-existing condition exclusion.

Consequently, whether a pre-existing condition exclusion is applicable depends on the specificity of the symptoms and whether the doctor who saw the patient had a suspicion that the symptoms were indicative of a later-diagnosed condition.

>> Related Article:  What Are Pre-Existing Conditions

However, there are other situations which have produced differing results. For example, if someone is prescribed medication prophylactically to prevent a condition from occurring or to prevent a recurrence of a condition, that may or may not be enough to trigger an exclusion. But taking an analgesic for generalized pain would not be enough to trigger the exclusion with respect to a more specific condition that was not suspected as a cause of the patient’s pain. On the other hand, if a doctor has ordered tests for a condition that is not diagnosed until after the policy has gone into effect, that would likely be sufficient to trigger the exclusion.

Contestability as it Relates to Pre-Existing Conditions

Another related issue to keep in mind is “contestability.”  All insurance policies contain a provision stating that an omission or misstatement on a policy application cannot be used to defeat coverage after two years unless the statement was made deliberately and with the intent to deceive the insurance company. During the first two years of coverage, however, the policy can be cancelled if the insured has omitted or misstated a material fact about their health. And even after two years, deliberately omitting a key fact about your health on the policy application could result in a loss of coverage.