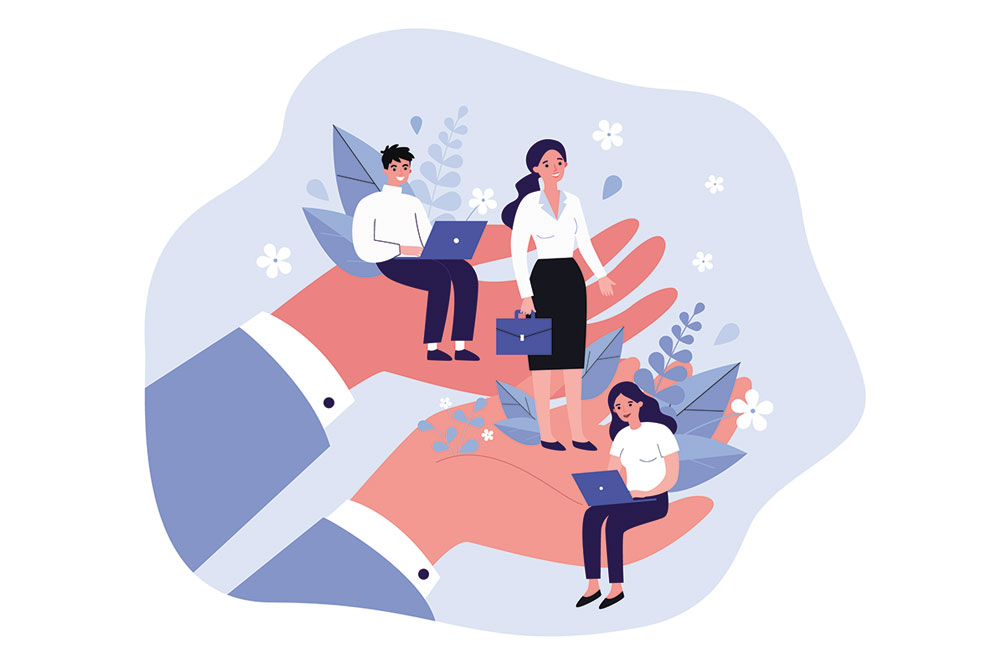 What Are “Self-Funded” Benefits?

When the term “self-funded” is used in relation to employer-sponsored benefit plans, the term usually refers to what are known as “welfare” benefits. ERISA does not use the term “welfare” to mean public assistance. Instead, the term relates to benefits provided for the employee’s welfare; and is defined by the statute to mean a:

plan, fund, or program … established or is maintained for the purpose of providing for its participants or their beneficiaries, through the purchase of insurance or otherwise, (A) medical, surgical, or hospital care or benefits, or benefits in the event of sickness, accident, disability, death or unemployment, or vacation benefits, apprenticeship or other training programs, or daycare centers, scholarship funds, or prepaid legal services, or (B) any benefit described in section 186(c) of this title (other than pensions on retirement or death, and insurance to provide such pensions).

The definition quoted above basically applies to all non-retirement benefits offered to employees by their employers. However, as the reader will note, benefits may be established “through the purchase of insurance or otherwise.” As will be discussed below, whether benefits are insured or self-funded may turn out to be critical.

Does My Employer Need to Disclose Whether Benefits Are Self-Funded?

A major theme of the ERISA law is disclosure. Employers are required to maintain transparency so that employees know how their benefit plans work. Employee benefit plans are often incredibly complex, but to make it more understandable, ERISA requires that employees be furnished with a “summary plan description” that includes a description “in the case of a group health plan … [as to] whether a health insurance issuer … is responsible for the financing and administration (including payment of claims)” along with “the source of funding of the plan.” 29 U.S.C. § 1022(b). Thus, if a plan is self-funded and an insurance company only administers benefits, that information must be disclosed to plan participants. An insurer’s involvement in processing claims, though, does not mean that the plan is insured. Employees are urged to check their summary plan descriptions to find out.

What Does “Self-Funded” Even Mean?

When employers offer self-funded health insurance, it typically does not mean the employer is responsible for paying all claims regardless of the amount. Most employers who provide self-funded health insurance are responsible for paying claims that have charges incurred which are less than a certain dollar amount known as the stop-loss point, and insurance covers claims that exceed that amount. Many employers find that establishing such programs can offer cost savings over purchasing insurance that covers all claims. However, in many instances, the stop-loss point can be rather low, such as $25,000, which means that calling such a plan self-funded is not entirely accurate.

Why Does It Matter Whether a Plan is Self-Funded?

Employees are afforded greater protection if a plan is fully insured. Insurance companies are obligated under the law of the state, in which they primarily do business, to maintain financial reserves sufficient to pay all claims that are incurred, regardless of the amount. And employees are further protected by guaranty funds that can step in if an insurer lacks sufficient funds to pay claims, a rare occurrence. No such protection exists for self-funded claims, though, and if the employer lacks sufficient funds to pay claims above the stop-loss point, insolvency can be devastating and may result in non-payment of claims.

There is a further reason why employees lack the same protections under a self-funded plan as they would have under a fully insured plan. Although the Affordable Care Act is comprehensive and mandates that both self-funded and insured plans must include certain essential benefits, many states have laws requiring that health insurance policies must include additional health benefits such as coverage of treatment for infertility or for both rehabilitative and habilitative treatment for autism to name just two examples.

The ERISA statute federalizes employee benefits for all private-sector employees. A key component of that law is a broad provision that preempts (i.e., nullifies) the operation of all state laws related to employee benefit plans. The intent behind that provision was to relieve large employers who sponsor benefits to employees in different states from the burden of having to comply with every state’s requirements. However, a key exception to ERISA’s preemption provision provides that laws which regulate insurance are saved from preemption.

The Supreme Court has wrestled with the scope of the “savings clause” that exempts insurance laws from ERISA preemption. Through a series of rulings, it has finally become clear that state laws that regulate the terms of insurance policies are not preempted. States are therefore permitted to regulate insurance policies that insure employees under employee benefit plans and mandate the inclusion of coverage that goes beyond the requirements of the Affordable Care Act.

However, immediately following the statutory provision that “saves” insurance laws from being preempted by ERISA is another clause known as the “Deemer clause” that exempts state laws from applying to self-funded plans. Thus, employees can learn to their surprise and detriment that certain coverages mandated in the state in which they reside are not included in their health benefit plans.

In addition, one key issue that has been frequently litigated is whether state laws that prohibit the inclusion of language in benefit plans that would trigger a deferential standard of court review are preempted. According to a 1989 Supreme Court ruling, Firestone Tire v. Bruch, benefit plans may contain language that would require courts to defer to decisions made by plan administrators and also defer to insurance companies’ interpretations of the terms of the plan, which may go against a well-established legal principle requiring that ambiguities in an insurance contract be construed in favor of insureds. Thus, when language reserving discretion is incorporated in a plan, employees are unable to overturn claim denials unless they can establish the denial was both erroneous and arbitrary, and capricious; i.e., lacking any reasonable support from the plan terms and the evidence presented. When that standard of judicial review applies, plan administrators win the majority of cases brought against them.

Since 2004, based on a model law promulgated by the National Association of Insurance Commissioners, about half the states have prohibited the inclusion of such “discretionary clauses” in insurance policies sold or delivered in those states, but a number of major states, such as New York, Pennsylvania, Florida, and Massachusetts, have not issued rules, regulations, or passed laws adopting the NAIC provision. For the states which have done so, however, litigation has upheld the authority of states to enact such measures under the ERISA savings clause. For self-funded plans, though, the Deemer clause renders those laws inapplicable.

Knowing whether a benefit plan is self-funded is critical since the case of Herzberger v. Standard Insurance Company recognized:

The very existence of “rights” under such plans depends on the degree of discretion lodged in the administrator. The broader that discretion, the less solid an entitlement the employee has and the more important it may be to him, therefore, to supplement his ERISA plan with other forms of insurance.

Therefore, employees should check their summary plan descriptions. If their plans are self-funded, they should either try to supplement those plans or join with other employees to ask their employers to make sure their plans are fully insured and subject to comprehensive state regulation.